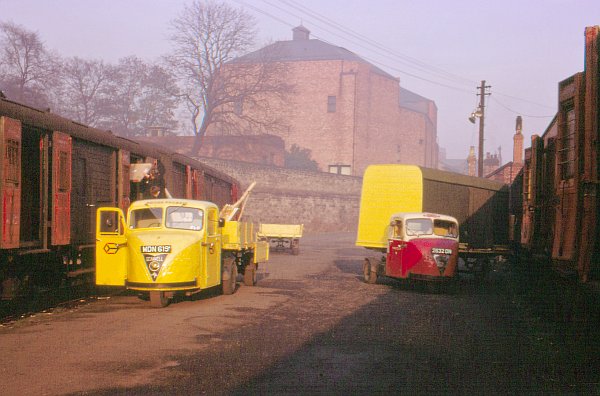 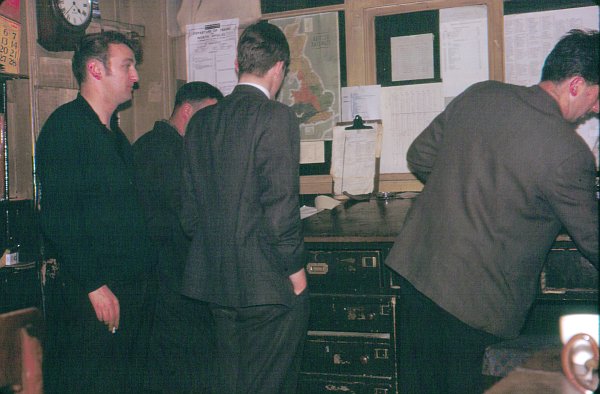 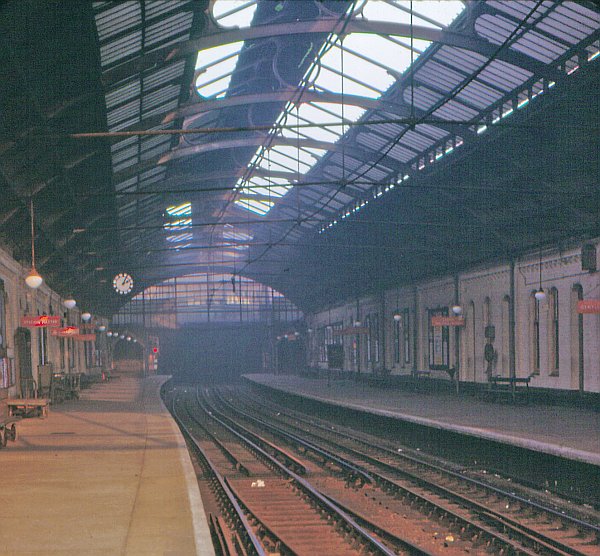 "I'd dance on the kitchen table to entertain the neighbours. I mean, it was a novelty in South Shields to see a little boy in full make-up dancing on pointe. Finally it got a bit too much for my mother, and she decided to send me to boarding school at the age of eight, hoping that it would knock some sense into me."

Tynemouth station looked like a mainline junction with bay platforms for branch lines at each end and avoiding lines between the through platforms for trains not stopping at the station.  In fact the design probably says more about the history of the railway at Tynemouth rather than its actual operation. Tynemouth was not a junction nor was there any express service passing through the station.

The clue to interpreting the station is to be found in the official designation (by the railway companies and later by British Railways) of the line through Tynemouth as the ‘Tynemouth Branches’ rather than the coast 'loop' or 'circle' line as most passengers would have called it.  In other words Tynemouth is best understood as a terminus rather than a through station.

It is likely that when the NER was planning its new station at Tynemouth it imagined that a significant number of trains from Newcastle would terminate at Tynemouth (as all had previously done) - together with others from a reopened line to Morpeth and the new Riverside branch. For these three bay platforms were built at each end of the station.

In fact the through platforms at Tynemouth completely transformed the operation of the ‘branches’ and rendered the bay platforms largely redundant.  Through services meant that a large number of passengers on any train leaving Cullercoats or North Shields would probably be heading for stations beyond Tynemouth.  Terminating trains at Tynemouth would have made little sense and the timetables suggest very few services actually did start or finish there.

When services from Morpeth and Blyth were restored in 1904 traffic was light and better kept out of the way of the intensive electric service by terminating at Monkseaton.  In 1911 there were only two return journeys a day from Blyth to Tynemouth and none from Morpeth.  By the 1930s there were none. Interestingly when the proposed electric line to Colywell Bay (Seaton Sluice) was authorised (1911) there seems to have been no suggestion that the service would run beyond Monkseaton to the north end bay platforms at Tynemouth.  It seems likely, therefore, that these platforms saw very little use throughout their existence.

As for the three south end bay platforms, apart from a limited number of trains for the Riverside branch, they proved more valuable for fish and parcels rather than passenger traffic.

In early years Tynemouth was the destination of excursion trains that made some use of the bay platforms, but with the growth of Whitley Bay as a resort it’s more likely that these used the through platforms in both directions.  In any case the bay platforms were not primarily intended for excursion traffic and the station could have probably managed without them.

The tracks that ran between the through platforms were not the ‘avoiding’ tracks they appeared to be. There were never any ‘fast’ passenger trains passing through Tynemouth without stopping.  If Tynemouth was the terminus of the ‘Branches’ and apparently the most important station on the line why should it alone have such tracks?  The real purpose of these tracks was to provide access to the former Blyth and Tyne station that had now become a coal depot and keep the shunting of trains to and from there away from the passenger lines and platforms.  They were electrified, but again the timetables reveal only very limited use by electric trains running as empty stock to begin peak hour services to Newcastle from stations beyond Tynemouth. Stock for excursion trains for Whitley Bay were also held there to await a gap in the elecrtic service.

For more pictures of Tynemouth station see http://www.disused-stations.org.uk/t/tynemouth_fourth/index.shtml and http://www.railways.whblakey.co.uk/index.php?page=tynemouth 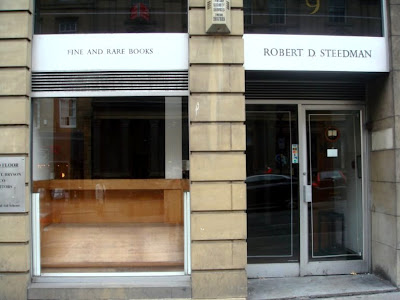 An interesting article about local booksellers. 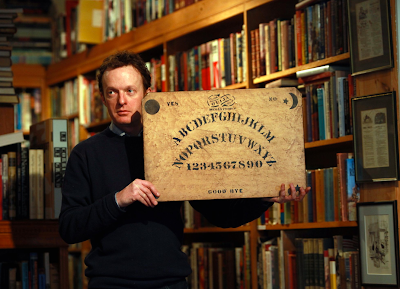 The Keel Row Bookshop in North Shields is selling several contraptions reflecting the history of the Gateshead Psychical Society . . .

The brothers (they do not seem to have been twins) were born in St Petersburg and attended a German Gymnasium there before proceeding to Moscow University in the early years of the Soviet Union.  The shared middle name Marquardt suggests it belonged to their mother’s family.  Originally from Prussia, many Marquardts seem to have been resident in the Russian Empire.  Some were Mennonites who sought the freedom to practice their pacifist religious tradition.  Until it became dangerous to do so after the outbreak of the Great War the family probably considered itself to be part of the Russian German community.

Their father, V. E. Theakstone, was presumably of Yorkshire origin, but his family must have been resident in Russia for some generations as the brothers were “without nationality” when they arrived in Britain in around 1919.  Anatole was not naturalized until 1927.

Both enrolled at Edinburgh University and graduated with the four-year MA degree.  Anatole married Jean Buchanan Campbell at St Cuthbert’s parish church there in 1924, the year before he moved to Newcastle.  Louis also obtained a BSc, and between 1925 and 1927 was at Saltey College in Birmingham training as a teacher.  In 1930 he married Ceridwen Jones in St Asaph.

Louis was commissioned into the Royal Welch Fusiliers (TA) as a 2nd Lieutenant in 1929 becoming Captain in 1937 when he was second in command of the RGS Officers’ Training Corps.  He joined his regiment in 1938 and in September 1941 was appointed interpreter to the British Military Mission in Russia, serving at the international conferences at Yalta and Potsdam.   Louis was remembered by his friend and colleague in Russia, Arthur Herbert Birse (Memoirs of an Interpreter 1967), as always providing willing and cheerful assistance  - especially when dealing with domestic staff.

Louis – now Colonel - returned to the RGS in 1946. He left in 1953 to be Head of Maths at Gateshead Grammar School.  His brother became Head of Modern Languages at the RGS in 1954 where he introduced the teaching of Russian into the sixth form.

F. C. Galbraith O.N., who joined the staff in 1949, and was Head of History in the 1960s, used to tell us that one of the Theakstone bothers had had a part time job in a pharmacy in St Petersburg/Petrograd and had supplied the poison which was used to assassinate Rasputin. 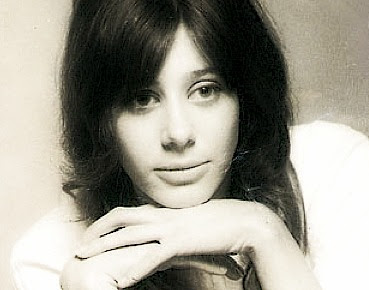 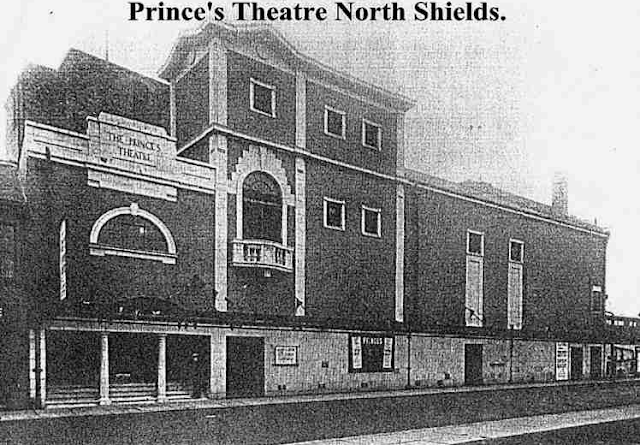 In those days we went regularly to the cinema, or "pictures' as we would have said: to the Rex, the Albion, the Carlton, but most often, I think, to the Gaumont in North Shields.  My mother always called it the Prince's - its original name.  We also went there each year for the Gang Show.  I was delighted to discover that the magnificent organ, originally installed in 1929 to accompany silent films, has found a new home in Australia.  Read the story here.
1 comments 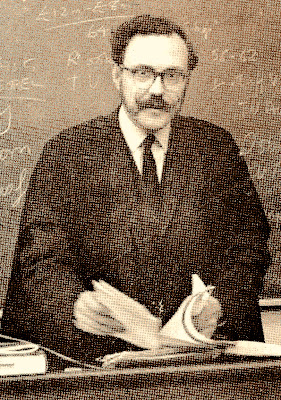 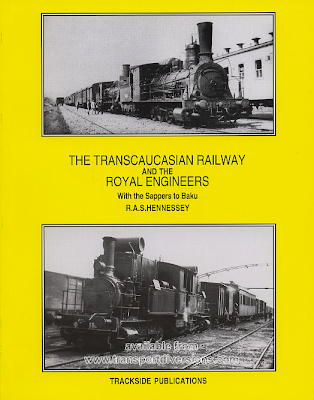 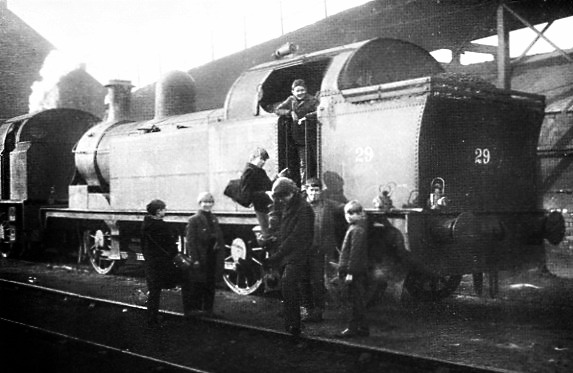 The end of steam on British Railways did not put a stop to Transport Circle Saturday engine shed visits.  The colliery railways of the National Coal Board (not surprisingly) remained coal powered for a while longer.  On a trip to Philadelphia shed on the Lambton Railway we see
Sam Pearlman proudly posing in the cab while Ian Sansom (with a sack full of sandwiches) daringly hangs from a guard rail.  Ian Hope smiles for the camera, while Andrew Walker inspects an oil lamp. Junior members look on. 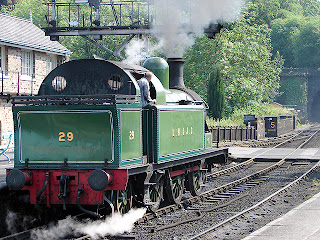 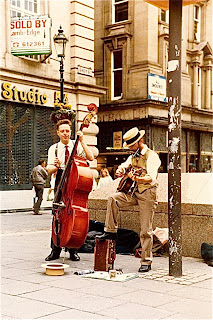 The Newcastle music scene in the 1980s.
1 comments 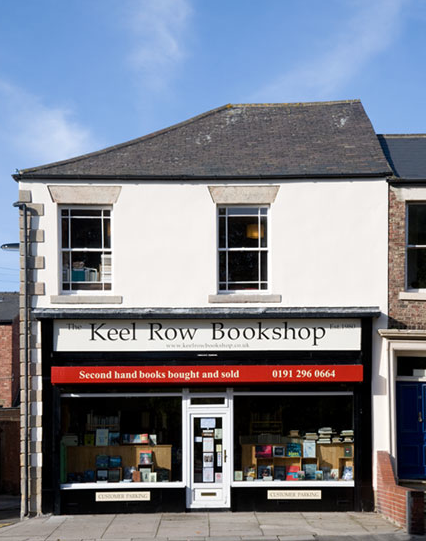 Click on the picture for a short film about the wonderful Keel Row Bookshop. 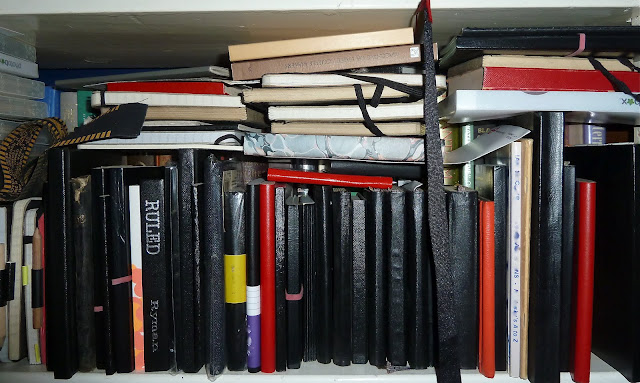 A Shields Weekly News article [unfortunately not dated] spoke of "distinct ethnic areas": (quoting "an old Shields resident") "Germans and Norwegians in Bell Street; Greeks and Spaniards in Clive Street; and Lascars [Indian or Arab sailors] at the Bull Ring". There were many boarding houses for particular nationalities run by their fellow countrymen who had sometimes married local girls.

A 'Coloured National Mutual Association' was formed in 1930 to protect the interests of 'coloured' residents of the town - which suggests there were quite a few of them, especially as the association seems to have split into two groups in 1939. There was a 'coloured' seamen's hostel known as Colonial House at 3 Northumberland Place.

A Jamaican called Ann Preston was living in Preston Village in the 1820s, and an escaped American slave, Mary Ann Macham, was in service in Dockwray Square in the 1830s and later married a North Shields bank porter and survived until at least 1890.

There seem to have been a number of German and Norwegian owned shops in the town from at least the 1880s (and almost certainly much earlier). Norwegian names appear so regularly in the local papers that they elicit no particular comment. As I mentioned earlier the Norwegian community in Shields was substantial enough to open its own church in Borough Road in 1868. It was extended as 'recently' as 1953.

There were two Greek-owned ship chandlers shops in Clive Street until the 1950s, and "the small Greek colony in North Shields" was reported in 1940 as being "very optimistic regarding the Italian attack on their country". A Mr E. Defteros - a cobbler of William Street - said: "Italians are not good fighters but they are good gangsters". An Italian owned business in the town had the distinction of being demolished by a run-away tram in 1919.

There was a Jewish community in North Shields with a burial ground in Hawkey's Lane as early as the first decade of the nineteenth century. The ground was cleared in 1924 and the remains reinterred in a special Jewish section of Preston Cemetery. They bought a house in Linskill Street in 1870 which was consecrated as a synagogue in 1876. By 1880 this had become too small for the 20 or so families attending and needed to be enlarged. More Jewish families settled in the town in the 1930s as a result of Nazi persecution, but by 1965 the majority had moved on and the synagogue was closed.

That'll be the Day 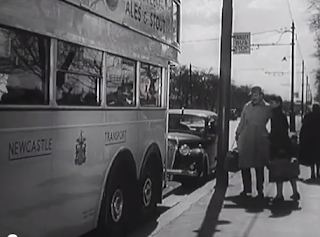 Tyne Bridge Publishing are collecting memories from the 1950s for a new book: 'That'll be the Day! 1950s Newcastle' which they hope to publish in October.
They have asked the Novocastrian to put out an appeal for memories... school, shopping, going out, growing up, etc, that might recapture the atmosphere of that decade in Newcastle.
Anything can be sent to tynebridge@newcastle.gov.uk
1 comments 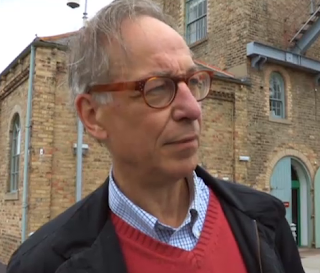 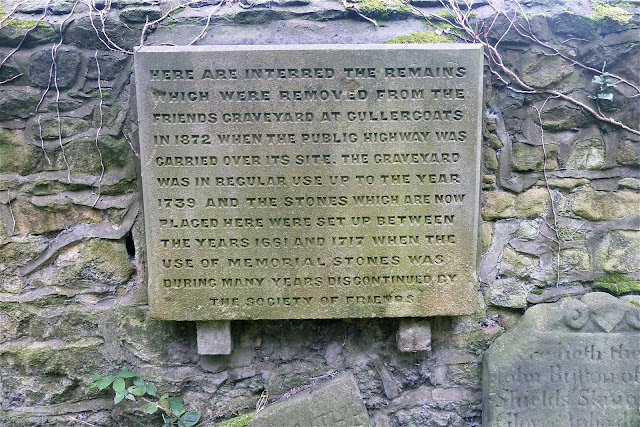 The Society of Friends or 'Quaker' burial ground at the north end of John Street in Cullercoats was in use from 1661 to 1818 and enclosed by a high wall in 1819. It was was removed in 1872 when John Street was extended to join Whitley Lane (now Road). The remains of the Cullercoats Friends and their headstones were transferred to the south side of Preston Cemetery in North Shields and an explanatory plaque erected. 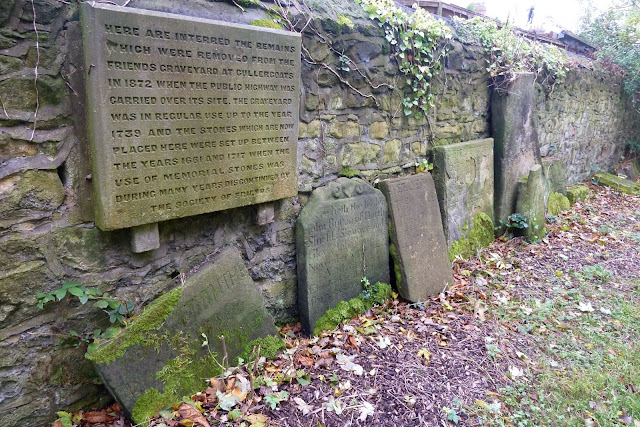 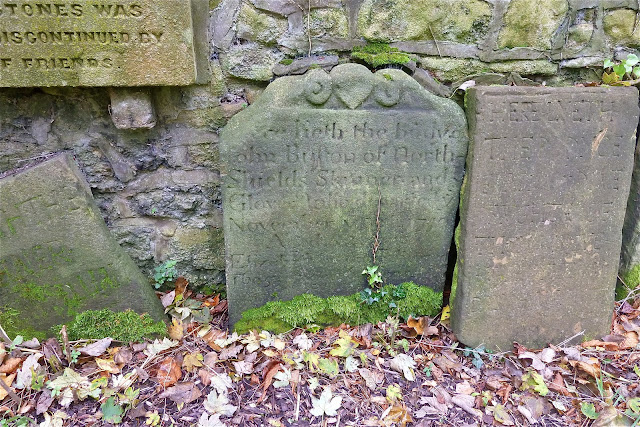 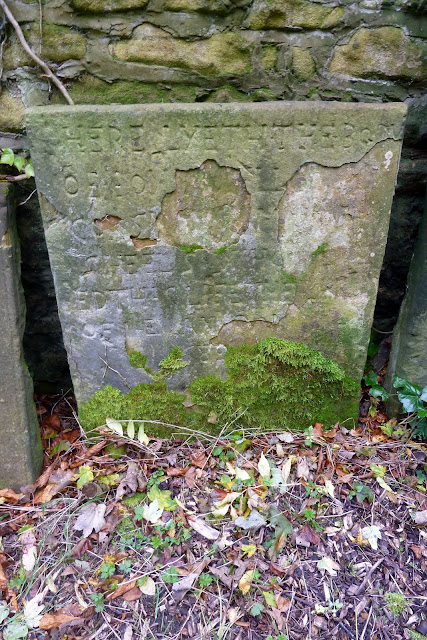 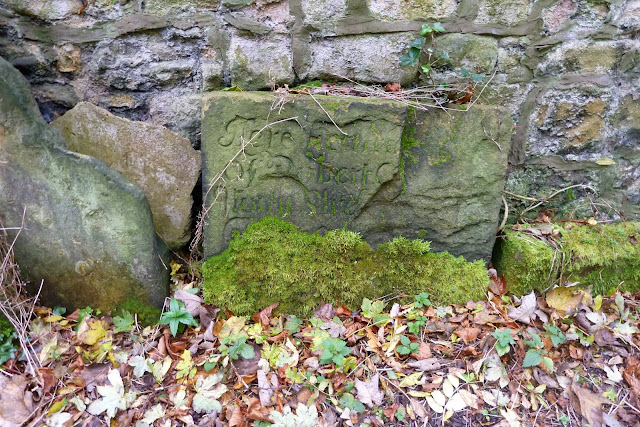 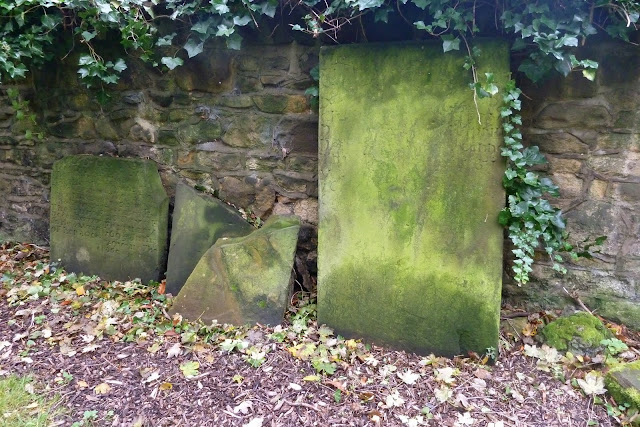 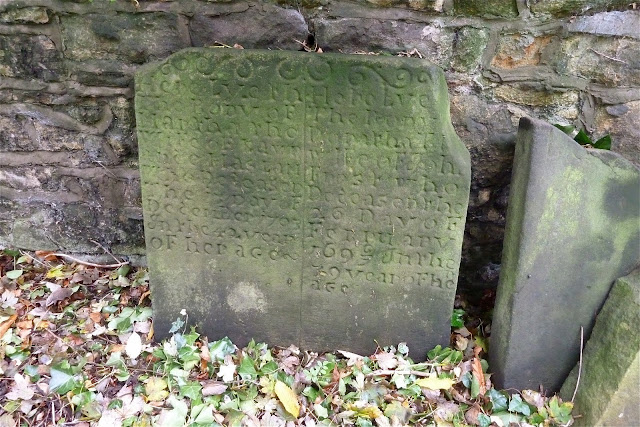 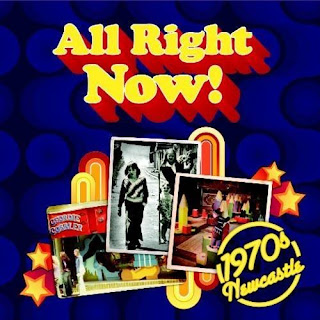 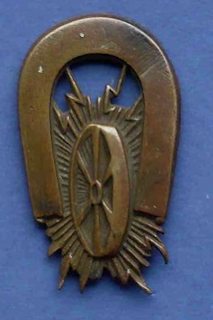 Tynemouth trams carried the magnet and wheel emblem of their parent British Electric Traction company. I still have a magnet and wheel cap badge given to me by a bus conductor in the 1960s. The trams had finished in 1931 but if you got your school bus pass from the office in Northumberland Square it was stamped 'Tynemouth Electric Traction' even in the early '70s. There was also at that time still a bit of old track round the corner in Suez Street where the depot had been.
0 comments 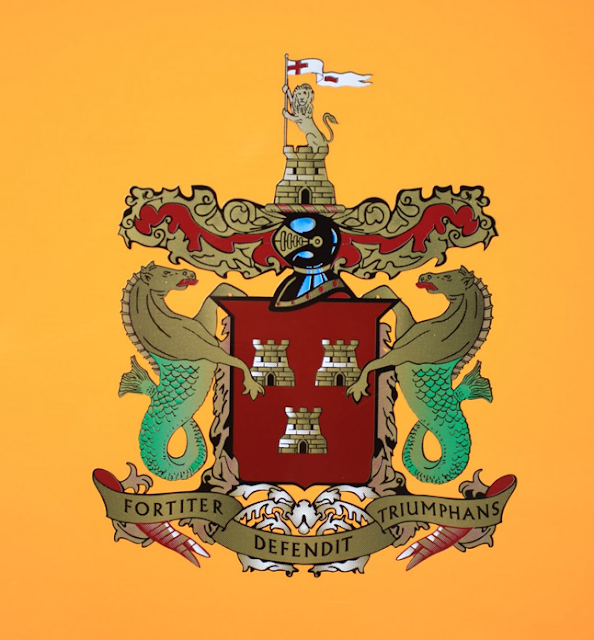 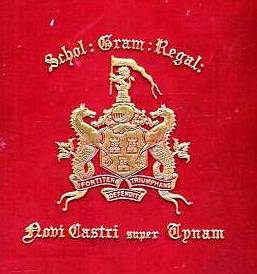 Pleasures of the Imagination

Most popular posts this week 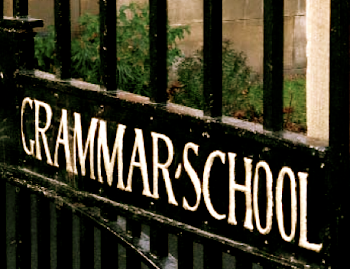